Home
Reviews
How to Begin Learning to Sing from the Ground Up?

Numerous individuals formerly desired to learn to sing and dominate the stage with their voices. Millions of people are mesmerized by the voices of great singers, and we mistakenly think that their skills come from their natural talents alone.

If nature has given you a nice and lovely voice, it will undoubtedly offer you a head start in vocal training. It is not a necessity, and vocal chords do not necessarily define a person’s singing ability.

Learning to sing comfortably and sweetly

Developing the voice, the musical ear, and the capacity to maintain and modify the timbre takes much instruction and practice. Please review the following suggestions to gain a sense of how to proceed and where to begin.

Individual notes should be sung to an acceptable tune as the initial stage in developing a singing voice. Each of the twelve notes involves a change in the voice’s timbre, which will be tough at first, but you should not get frustrated.

As you sing, attempt to match the melody of the record player or musical instrument. If you know a singer that practices a similar performance to yours, you may use them as a model. Try to imitate their rhythm and tone.

Improve your diction and pronunciation. Here, succinct sentences will be useful. Keep in mind that while singing, the final syllables of verses and phrases that people have a tendency to “swallow” in normal speech are often recalled. Learn to fully articulate each statement in its entirety.

Don’t stop practicing or take excessive breaks. The development of your voice and musical sensitivity demands continuous practice. Allow at least one hour every day for workout repetitions.

Determine the appropriate performing genre for you. Consider several singing paths depending on how your deep and bassy voice has shaped your personality (for example, not everyone will pull off the hoarse baritone of Vysotsky or high Adam Lambert).

Periodically, practice singing without accompaniment so that you can clearly hear your voice and not the composition. Take care of your voice chords and throat. During winter, they may easily get a cold, which will harm your voice. Do not engage in strenuous exercise until you have reached the point of recuperation.

All exercises should be recorded using a dictaphone or a more advanced sound recording device. Listen to yourself after exercise and take note of your errors and shortcomings. Still, not everyone is aware of how their voice sounds from the outside.

To learn to sing on your own at home from scratch, it is essential to focus on aspects such as appropriate breathing. Professional vocalists often perform songs with lengthy, continuous verses, which is commendable.

This would not be possible if vocalists did not know how to breathe appropriately, without breaking their voice or altering its timbre as they inhale and exhale. The following suggestions are intended to do precisely that:

Without a developed musical ear, all of your efforts would be in vain, since it is impossible to learn to sing properly without the ability to differentiate between notes. Hearing the distinction between various notes and their transitions is musical. This skill is not possessed by everyone, but thankfully, it is very correctable:

Talking to a professional or someone with musical skills who can lead, correct, and provide constructive criticism of flaws and suggestions on how to improve them is not harmful. Listen to many musical genres, minuses from songs, creations, etc.

Watch relevant movies about how great musical works, classic movie soundtracks, and album recordings came to be to learn more about the theory and vocabulary of the topic.

If you follow these rules and guidelines, you may be able to build the foundation for good vocal performance at home in a few weeks or months.

The best thing to do, though, is to talk to tutors who can help you get measurable results in much less time.

If you’ve never had much singing experience or don’t know where to begin, singing can feel like something of a black art. It’s not that complicated! There’s no secret formula to better singing—you just need some basic knowledge and a little practice. Even if you think your voice isn’t all that noteworthy, you can sing better than you do now, and this guide proved it.

These are some things you need to do if you want to sing better. Focus on those some things, even if the changes seem small to start with, and believe that in a few months you will be singing better than you ever have before, and that feeling will be wonderful. 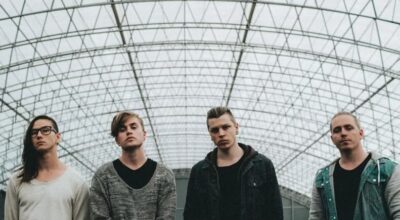