Acid Jazz is a subgenre of electronic music that blends elements of hip-hop, jazz, electronic dance music from the 1990s, and funk from the 1970s. In the middle of the 1980s, Acid Jazz became a distinct musical subgenre in the UK.

Jazz funk compositions and samples were made more widely used by British musicians and DJs in the 1970s, which helped this musical genre take off. This kind of electronic music is said to have been pioneered by Jills Peterson, who is also credited with coining the phrase “Acid Jazz.” However, this name has not gained popularity abroad; for instance, in the United States, the phrases “Club Jazz” or “Groove Jazz” are more often employed.

The popularity of acid jazz music may have peaked in the early to mid-1990s. This kind of music includes jazz-infused hip-hop and the jazz-funk of the 1990s, in addition to dance music with jazz elements. After Acid Jazz’s popularity started to wane in the middle of the 1990s, Nu Jazz has continued the genre’s traditions.

The term “acid jazz” is now credited to London DJ and musician Gilles Peterson. The term was mostly used in jest by young British DJs at the end of the 1980s to describe music that was an alternative to the then-dominant Acid House genre. The word’s name was given to the expression for purposes unconnected to “acid”.

Another story claims that English singer Chris Bangs, well-known for his appearances with the duo “Soundscape UK,” is the one who came up with the moniker.

One of the most well-known acid jazz bands and artists is Groove Collective, who ranks among Jamiroquai, Brand New Heavies, Guru, and Incognito. Some in the music business believe that Acid Jazz was the start of the brilliant career of the now-famous trio of Medeski, Martin, and Wood, regarded as the forerunners of modern avant-gardism. 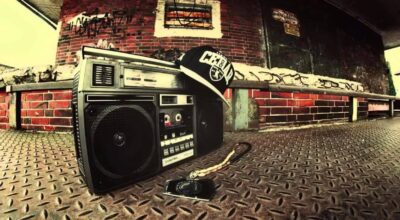